In this day and age, travelers can turn to an assortment of smartphone apps to assist with a trip.  Everything from language and currency translators to booking apps, flight trackers, itinerary planners, and those that advise  as to upcoming rest stops and which hotels, restaurants, and gas stations lie ahead on the next exit.  While some apps are better than others, with easier navigation or more features and detailed information, they all have something to offer in order to make vacationing easier.  And if your vacation happens to include a theme park or two, you can count on technical helpers for them as well, with FREE downloads in versions created for both iPhone and Android.

CONVENIENT – A phone app is infinitely more favourable than carrying a large, folded map – the kind that is typically handed to guests with their tickets upon entry to a park.  They usually contain several folds, require plenty of room to fully open, and create a frustrating situation if it happens to be windy.  Once folded down to where they are manageable, its only possible to view small sections at a time.  As for the app; however, most people carry their phone in their hands anyway in order to snap photos of their park experience so doing away with something additional to carry is always welcomed.

Apps can be sourced and downloaded to phones long before physically visiting a theme park so they offer guests the ability to become familiar with their features in advance rather than wasting time upon arrival.  In that same vein, they also allow guests to get a feel for all the park has to offer and to put together a general itinerary so that time isn’t wasted with unnecessary backtracking or accessing areas for which you have no interest.

Nothing is worse than squandering precious time if you only have an allotted day or two to visit a theme park during a vacation.  You want to ensure your visit is efficient enough to see and do most everything that interests you so you won’t feel cheated afterward.  Smartphone apps help to achieve that.

ECO-FRIENDLY – Seeing as most park maps end up in the trash or as litter on the ground, the majority will never be recycled and are wasted.  Instead, an app lives only on your phone and can be deleted after your visit if you wish.  No fuss, no muss.

INFORMATIVE – Unlike folded maps that can only depict the layout of the park, with respect to where rides, restaurants, and washrooms are located, and perhaps provide a side menu for live shows and performance times, park apps can offer so much more.  For example, instead of trying to navigate a flat map, most apps will sync with your phone’s GPS system to help guide you to your destination.  And most will monitor the ride line-ups and will update several times an hour with expected waits in real time, allowing guests to avoid long line-ups or take advantage of shorter ones.  The same is true for any sit-down or specialty restaurants where line-ups tend to form.

Most apps will include in-park notifications, and some offer suggestions for ‘must-see’ attractions and rides, with some containing additional ride info such as required heights and thrill levels.

Though the apps tend to share a commonality of the things we’ve mentioned above, they are not all created alike.  Far from it, as most park apps include their own unique features and will forego some information in order to include something else.  For example, Efteling theme park in the Netherlands includes most of the common features on its park app but also has additional apps for interactive children’s games based on the park’s attractions.  Canada’s Wonderland app boasts a unique feature with a car finder so at the end of the day guests can easily locate their ride in the massive parking lot. Universal Resort Orlando carries a similar but different feature so guests can set reminders of their parking information with the section, level, and row.  Universal also includes a unique ‘customizable map’ for getting around the park and offers guests the ability to save their place in the Virtual Line™.

The Disney Resort Orlando app also allows guests to save their place in line for in-demand rides, adds the ability to make reservations for meals, experiences, and show, and helps to organize reservations and activities via the ‘My Plans‘ feature. This has the additional option of sharing those plans with any family and friends also using the app. It is especially useful for groups that split up and go their separate ways.

Cedar Point‘s app takes this a step further and helps to locate friends or family in the event they become separated.

COST-EFFECTIVE – The concern most people have with apps is they gobble up data, especially as most utilize the phone’s GPS system to guide guests through the park.  However, these days almost all major theme parks offer free Wi-Fi so as long as you remember to connect to it upon arrival, your cellular data plan should not be affected.  The only issue with free Wi-Fi, at theme parks or any other place, for that matter, is that it’s not entirely secure.

FINAL THOUGHTS – Of all the theme park apps we put to the test, the standouts, in our opinion, were associated with Canada’s Wonderland and, especially, Sea World, Orlando, with the best features, best response time, ease of navigation, and the most accurate information.  Surprisingly, though Busch Gardens is owned by SeaWorld Parks and Entertainment, the Busch Gardens app isn’t nearly as detailed or effective as SeaWorld’s. It contains basic assistance with park notifications, directions, and ride wait times, plus it offers Face ID support, but the display is quite small and difficult to read and it has been known to have issues with the GPS.

The app that showed the least promise belonged to Hersheypark which consistently had issues with accurate location and information despite it’s ‘Take Me There‘ option with turn by turn directions.  More than once we were sent on a wild goose chase while attempting to track down a specific ride.  The faulty app created much unnecessary backtracking and, considering the park’s very steep and hilly terrain, it created frustration and wore us out quickly.

All of that being said, and even with their problems here and there, phone apps are much easier to use and offer theme park guests far more than a folded map ever could.  And in this day and age, they are infinitely more acceptable than their paper counterpart.  So if your vacation plans include a theme park, do yourself a with a little advance research and planning via the park’s app.  You’ll be glad you did. 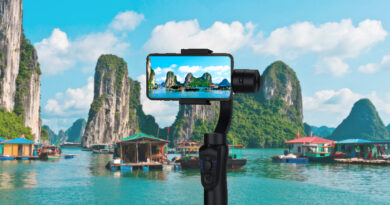 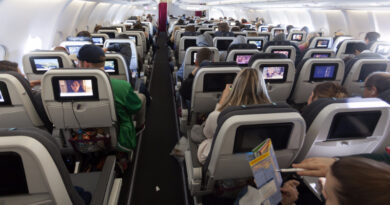 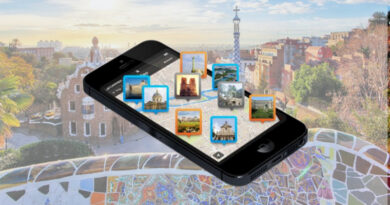 10 Apps for 10 Different Types of Travellers